Each piece of writing submitted to The Geneva International Screenplay Awards is thoroughly read, scored, and analyzed by active film & television industry professionals.

Winners are rewarded with full and complete confidential script analysis (available for distribution with Full Analysis submissions) by our partner Scriptmatix.

Our Experts are high profile scientists working with or at CERN and award-winning working movie professionals who are in ongoing contact with agents, managers, development executives, and producers eager to bring quality content to the fore. 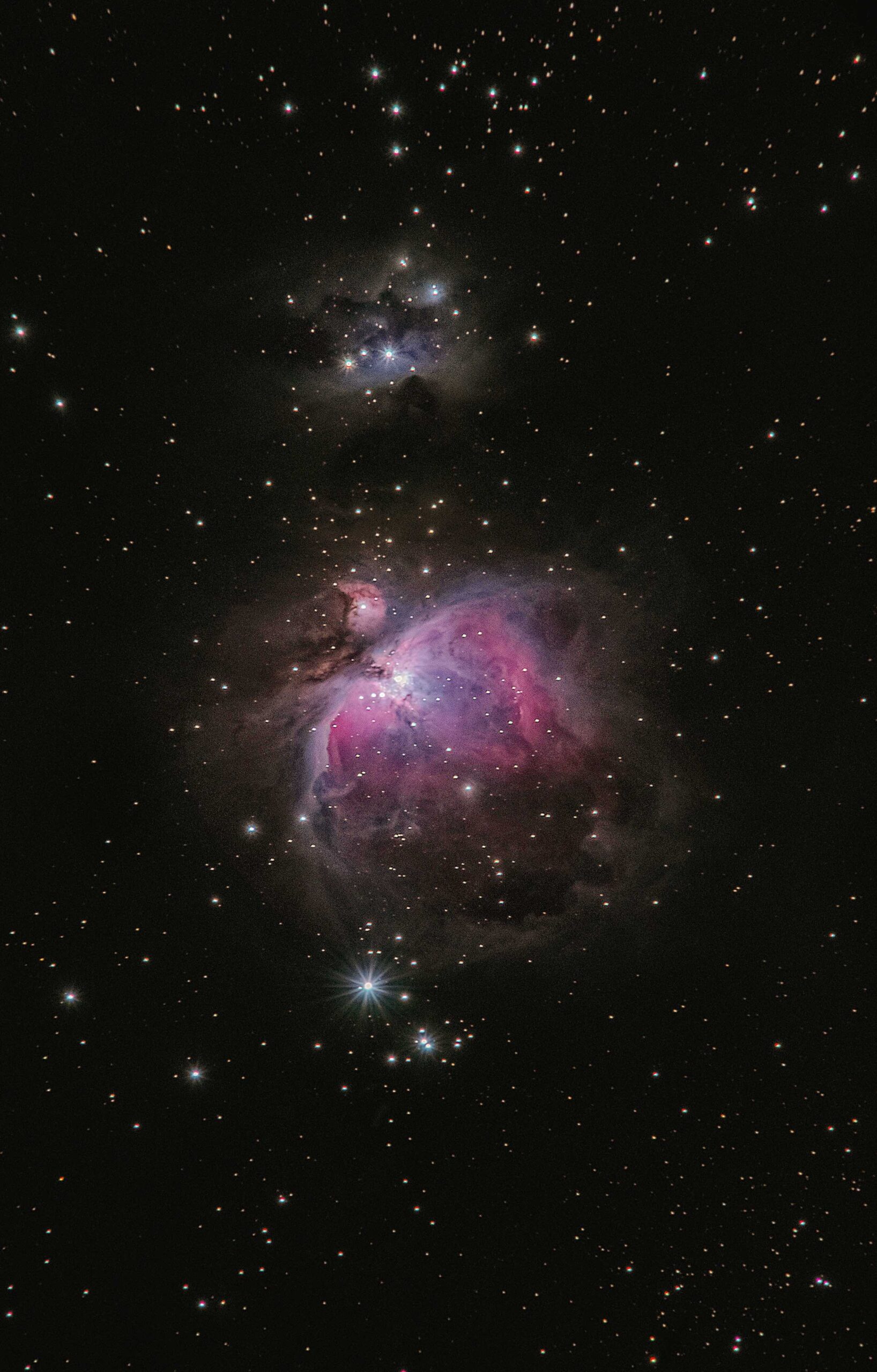 Michael Doser is a member of the organizing committee of the new Sparks! Serendipity Forum at CERN, the European Center for Nuclear Research in Geneva, Switzerland. He is a research physicist specialized in working with antimatter, using it either as a tool (to study the strong interaction), or as an object of study itself.
He is currently focusing on the formation of anti-atoms, the search for an explanation of the matter-antimatter asymmetry, and the measurement of the gravitational interaction between matter and antimatter, and is the spokesperson of the AEgIS experiment at CERN.

Maja Zimmermann is an award winning Swiss born -- Hollywood trained film producer with bases in Los Angeles. She is part of the producing team of such acclaimed films like PORFIRIO, by Alejandro Landes that premiered in Cannes of 2011 and FIELD OF AMAPOLAS, winner of Best Film for Peace by first time director Juan Carlos Melo, just to name a few. She is in development of a handful of international co-production; building bridges between Europe, L.A., Latin America and Africa to give voices to people's stories that otherwise would not be heard. Zimmermann lives in Silverlake and finds her balance thanks to practicing as well as teaching yoga and enjoys cooking, traveling and speaks 4 1/2 languages.

Executive Director of Master Mechanic Films,  Hussain Currimbhoy, is a filmmaker and film curator with 20 years of film industry experience. Born in Canada, Hussain has lived and worked in the USA, UK, Australia, The Netherlands, the Middle East, Japan and Sweden. Hussain worked with the Brisbane, Melbourne and Adelaide Film Festivals before taking over as Director of Programming at the Sheffield Doc/Fest. Seven years later he became a programmer  for documentary and VR at the Sundance Film Festival, and was guest programmer for Nordisk Panorma.

Jib Polhemus has worked in the entertainment business for the past 20 years where he’s developed, sold and produced numerous films and TV shows. Including Ridley Scott’s BLACK HAWK DOWN and various other projects to Warner Brothers, Universal, Fox, Paramount, Sony.
In television, he’s developed and sold shows to most of the top networks including CBS,
NBC, FOX, ABC, FX, TNT and WB. He’s currently developing shows for e1, Constantin, Lionsgate, ABC and Fox 21.
He is on the advisor board of Bahamas International Film Festival and judges screenplays for UCLA’s Masters Screenwriting Contest.  He resides in Los Angeles.

Françoise Nieto-Fong has worked in development, production, distribution, and translation of different genres of audiovisual content. THE PRIVATE ARCHIVES OF PABLO ESCOBAR premiered at the Chicago Film Festival, had a theatrical release in the US and Colombia, and was acquired by HBO Latin America. She is producing a hybrid feature documentary in South Africa, and her current distribution portfolio includes award winning features and series such as Floor Rules, #Martyisdead, Storytime with Sound Effects, Rhubarb, The Columnist, and Tonio among others.

With a mechanical engineering degree from the University of California at Berkeley, Neal worked as an engineer at CERN, the European Laboratory for High Energy Physics, for 18 years. He has been actively involved in science/art outreach since 2007, and co-founded CineGlobe, the International Film Festival at CERN, showcasing films of all types inspired by science and technology. Chairman of the World VR Forum in 2017, he has organised multiple events in virtual reality. With degrees in both engineering and film directing, his passions are equally shared between art and science. Since 2020 he has been director of Science Gallery Venice, the Italian node of the international Science Gallery Network.

Sean is a complex South African screenwriter, creative and conceptual producer and intuitive documentary director, through his own Be Phat Motel Film Company for the international market. His debut feature film Five Fingers for Marseilles premiered at Toronto International Film Festival, continuing into a long festival career and multiple awards including the Writers' Guild of South Africa's Best Screenplay award and the Best Film and Best Film in an African Language awards at the African Movie Academy Awards. He has hosted panels on development, production, finance and distribution around South Africa and has served multiple terms on the Writers’ Guild of South Africa’s executive council.

Alexander Iordachescu has been producing films for cinema, TV and multimedia projects for 20 years. After obtaining his master's degree in visual arts and cinema at HEAD Geneva in 1998, he worked for five years in a large company mixing innovation and new media in Geneva and Brussels (Blue Infinity), as creative director.Alexander is also a mediator and an expert appointed for audiovisual, cinema and new media by the Europe Creative program and has been an expert for several film funds. In 2020 he was a member of the Jury of 42nd Moscow IFF’s Official Competition.

Managing director of Barry Films, an internationally active production company based in Berlin, Los Angeles and Zurich, producing high concept films and TV formats for the worldwide market.
Over the last 12 years, the company has specialized in the global film market and is now also considered a pioneer of the new investment category "films and series".
Barry Films is led by Benito Mueller, Monika Weibel, and Wolfgang Mueller, a team with wide experience in film development, financing, physical production and marketing/distribution.

Sharada Mohanty is the CEO and Founder of AIcrowd, a platform for crowdsourcing Artificial Intelligence for real world problems. His research focuses on using Artificial Intelligence for diagnosing plant diseases, teaching simulated skeletons how to walk, scheduling trains in simulated railway networks, and on AI agents which can perform complex tasks in Minecraft. During his Ph.D. at EPFL, he worked on numerous problems at the intersection of AI and health, with a strong interest in reinforcement learning. In his previous roles, he has worked at the Theoretical Physics department at CERN; he has had a brief stint at UNOSAT building GeoTag-X. In his current role, he focuses on building better engineering tools for AI researchers and making research in AI accessible to a larger community of engineers.

Born in Geneva, Switzerland in 1965, Philippe has a diploma in business management. At the end of the 80’s, he becomes an active and permanent member of L’Usine, an alternative cultural centre in Geneva. During this same period, he cofounded Universcity TV, a European Network of interactive TVs. In 1993, he became the General Coordinator of the DigiMedia conference, organised by ITU, EBU and the University of Geneva. Since 1997, Philippe has held various position in the film, commercial and television production. Since 2015, he is a board member of Akka films as senior producer.

Matthias is a multi-award winning film, TV and branded content director. He made his film directing debut in 2012 with StudioCanal’s horror/comedy, Cockneys vs. Zombies, which premiered at London’s FrightFest and has become a British cult classic. He then helmed kung-fu actioner, Enter the Warriors Gate, written by Robert Mark Kamen and Luc Besson for EuropaCorp and Fundamental Films.Matthias is also a celebrated commercials helmer, who has directed two Superbowl spots and created visionary campaigns for brands like Toyota, Sony, and Chanel. He is known in the ad community as a world creator and VFX guru. In 2018, he collaborated with Adidas and Parley to create “Dive,” a powerful documentary short, which debuted at SXSW and World Oceans Day in the noble effort to promote ocean conservation.

Screenplay Awards to Further Your Career.